A uranium cube anonymously sent to an American professor is said to be one of 664 uranium cubes that were used in the failed nuclear reactor built by the Nazis. 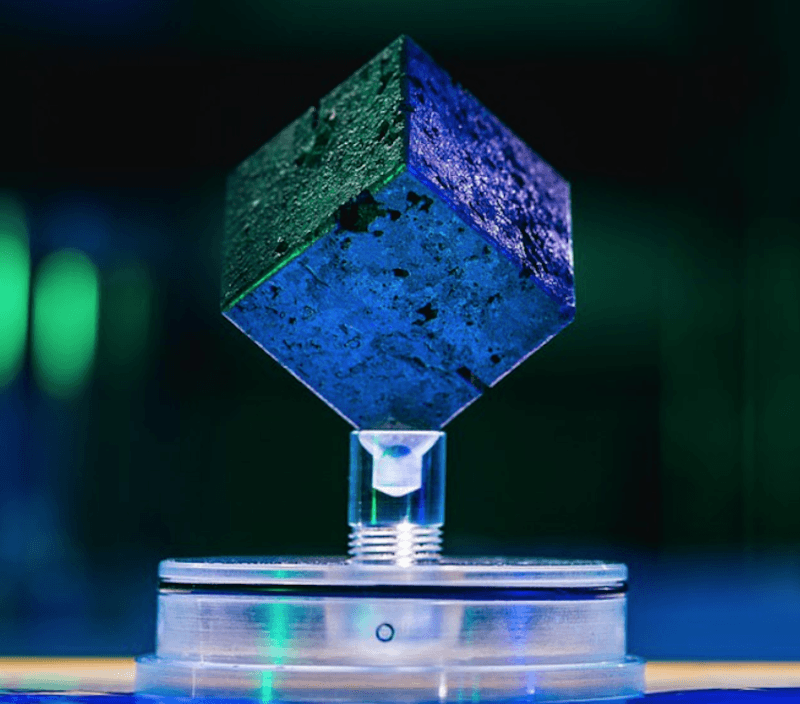 Timothy Koeth, a researcher at the University of Maryland, received a peculiar package one day in 2013. To his surprise, it was a cube of uranium from the 1940s that had apparently been used in the failed Nazi scheme to build a nuclear reactor.

According to the Daily Mail, when the cube of uranium was sent to the professor, it came with a crumpled note that read: “Taken from Germany, from the nuclear reactor Hitler tried to build. Gift of Ninninger.” Koeth was stunned but delighted.

“I just immediately knew what this thing was,” Koeth, a collector of nuclear memorabilia, said of the dark cube. But first, he needed to confirm the authenticity of the uranium cube to determine whether it was actually from Hitler’s failed nuclear reactor project.

Koeth teamed up with graduate student Miriam Hiebert to verify the cube’s origins. During their research, Koeth and Hiebert uncovered the stunning conclusion that Germany could have actually created a nuclear reactor during the war, but competition between separate research teams that had been working on the nuclear effort stymied the project’s success.